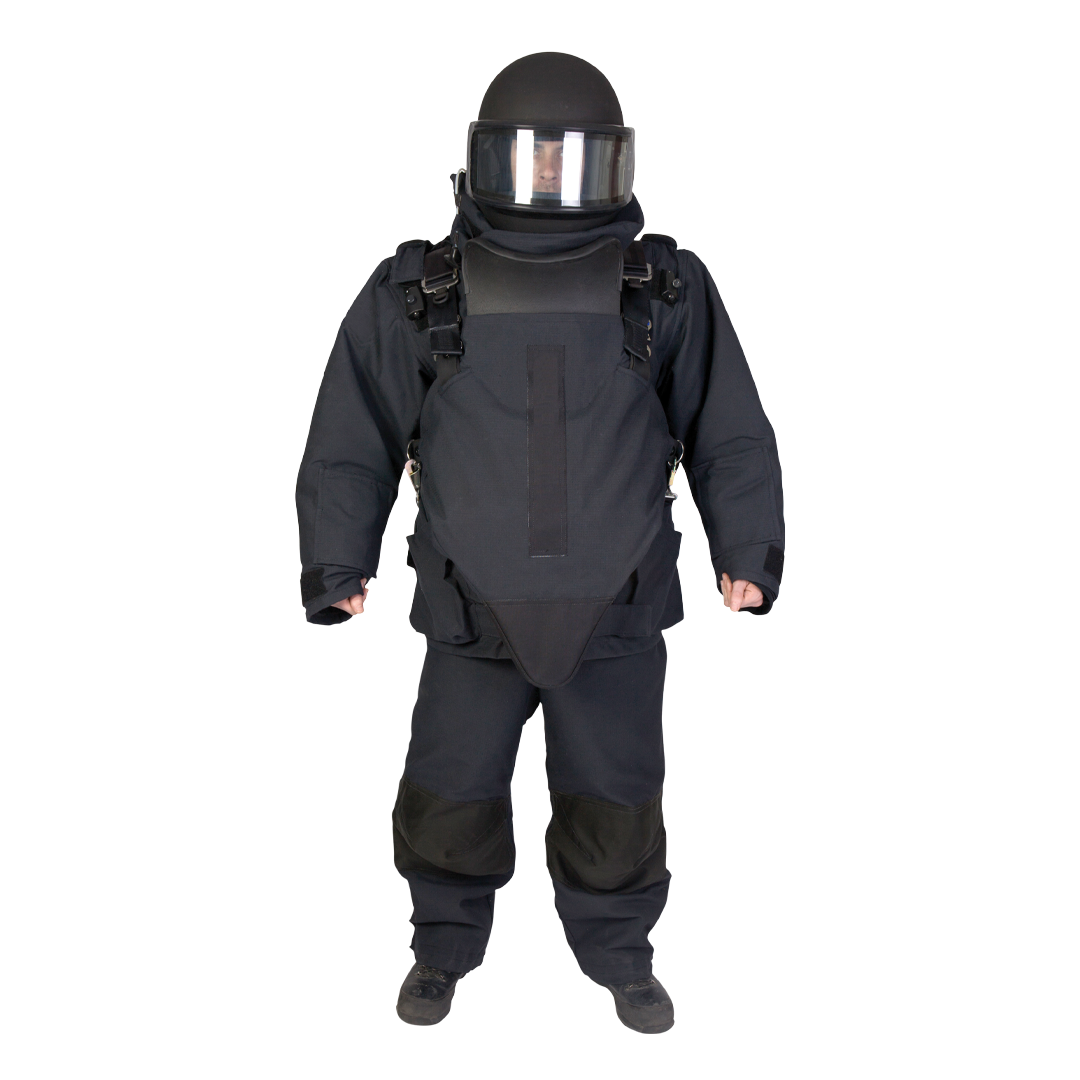 The 4020® Elite incorporates 360 degrees of protection with no ballistic windows consisting of a composite, ergonomically balanced helmet system (independently powered), an armoured jacket with built in spine protection, ventilation and quick release systems. An articulated blast plate contoured to work in conjunction with the helmet to reduce head injury and armoured trousers with integrated quick release system.

In addition to ensuring the highest levels of survivability, the 4020 Elite is designed for enhanced manoeuvrability, providing the EOD operator with the flexibility they require for operating in a restrictive environment. The business conducts its own manoeuvrability tests, testing flexibility to crouch, climb and crawl.

The suit’s breastplate features an innovative three-piece telescopic construction to deliver outstanding flexibility whilst minimising the transmission of shockwave energy to the user’s torso. 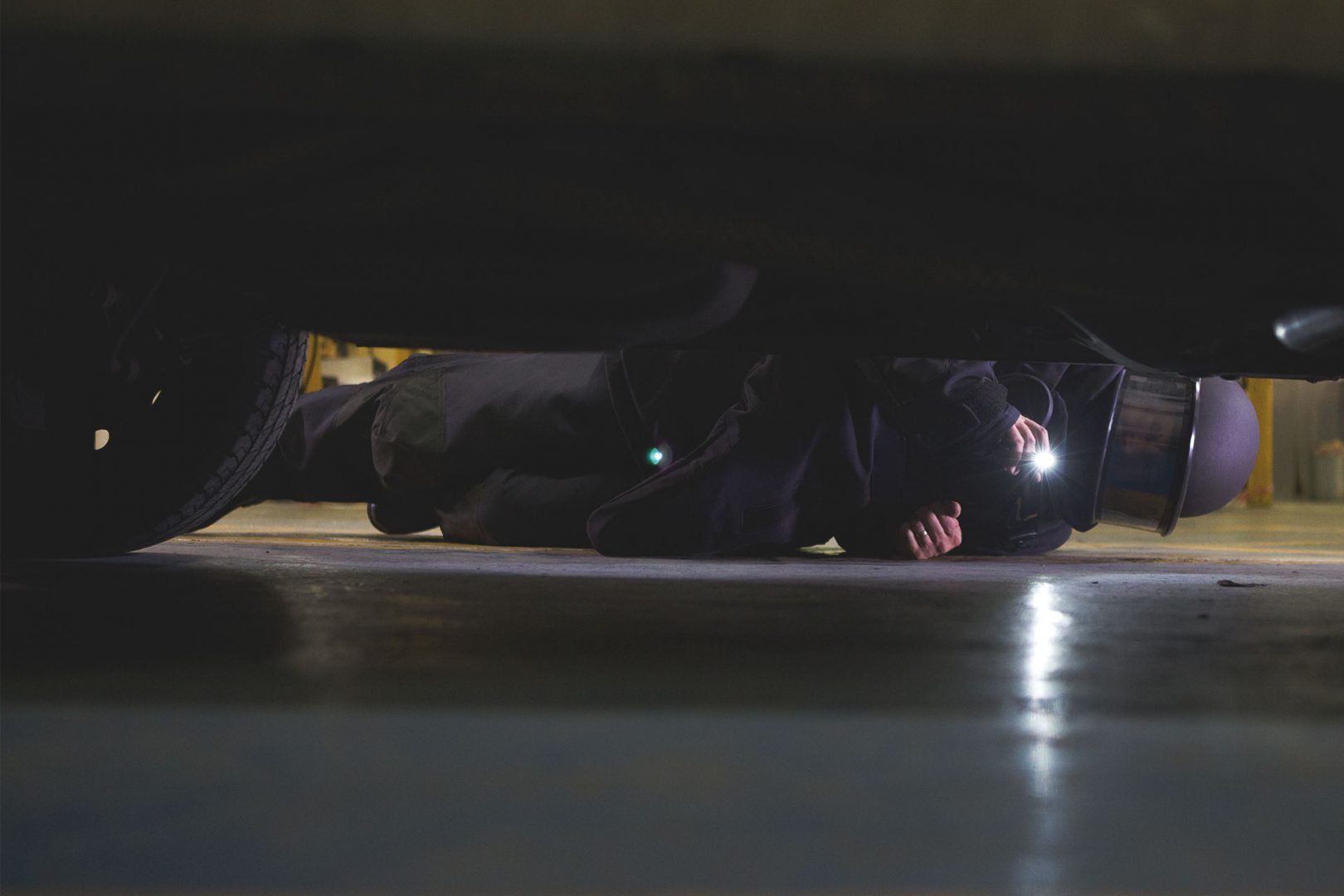 The 4020 Elite features a cooling integrated helmet. There are also two cooling systems integrated into the jacket, forcing cool air around the operator’s body. The cooling system utilises a flame ingress brake mechanism for improved survivability.

This suit can be removed unaided by the user in less than 20 seconds, providing fast emergency removal without compromising on protection.

The 4020 Elite has been extensively tested to deliver protection against all aspects of blast, including flame, fragments, pressure wave, and tertiary effects.

The 4020 Elite bomb suit is initiative to use, reducing the training burden associated with bomb suits. NP Aerospace holds a range of spare parts in stock for easily available sourcing. Furthermore, the 4020 Elite works alongside existing in service equipment and is not burdened by the failure of integrated technology such as built-in cameras.

Our EOD suits are trusted by the UK MOD and are designed for use in disposal strategies based on the gathering of forensic intelligence, requiring maximum protection, flexibility and cooling to reduce fatigue during enduring missions.

Further enhancements can be added to the 4020 Elite including helmet mounted torches and cameras as well as protective clothing such as overboots and gloves.

For more information about the 4020 Elite, download the datasheet via the link below.

For more information about the EOD suits range, download the EOD Brochure via the link below.

We use cookies on our website to give you the most relevant experience by remembering your preferences and repeat visits. By clicking “Accept”, you consent to the use of ALL the cookies. However you may visit Cookie Settings to provide a controlled consent.
Cookie settingsACCEPT
Manage consent